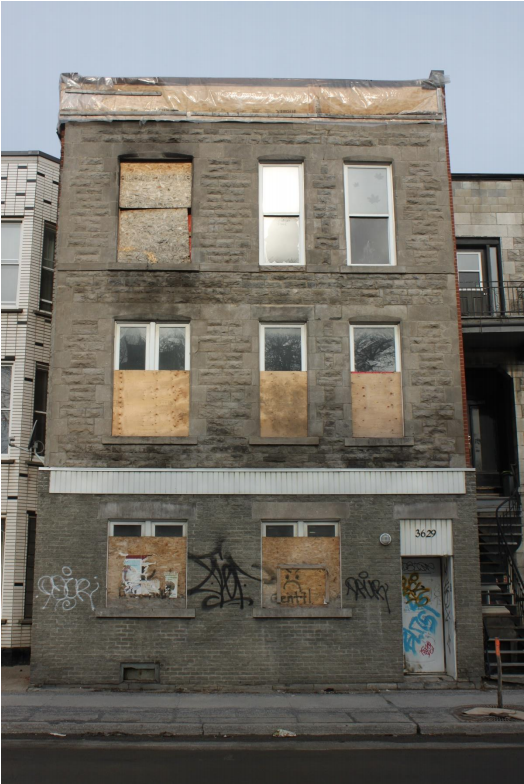 The acquisition of the 3629 located on Sainte-Catherine E. Street and its renovation to (re)house people in a situation of “social disaffiliation” is a direct response to the specific needs of the southwest sector of the Hochelaga district. These people, who do not correspond to the profile of tenants in typical social housing (Accès logement, component III1 ), are among the most vulnerable in the neighbourhood. Many of them are at risk of overdose, violence and isolation, particularly in the context of injection or inhalation drug use (UDII) and sex work. The 3629 project was developed in collaboration with community organizations and local authorities. This approach, piloted by the organisation L’Anonyme, is possible thanks to the collaboration of community partners such as Dopamine, and experts in the field of housing and social housing development, such as the technical resource group Bâtir son quartier, with the goal of offering 14 rooms to people in a situation of residential instability. The implementation of 3629 is based on “harm reduction” and “low threshold” approaches in an effort to lower the barriers to access and the conditions of entry and maintenance of housing for these people. With these approaches, the idea is not to require behavioural change, but to provide an opportunity for people to regain some dignity and meet their basic need for housing. An overly restrictive framework would simply reproduce the current conditions of social housing and exclude them. In addition to complementing the social housing supply, the 3629 project is a concrete response to the problem of the closing of the rooming houses on Sainte-Catherine E. Street and the issue of relocating the people who used to live there. These responses are themselves born in a context of gentrification of the Hochelaga neighbourhood, the transformation of public spaces, a requalification of the southwest sector and a rethinking of the vocation of Sainte-Catherine E. Street with the arrival, in particular, of a major real estate project near 3629. It is imperative to document the implementation strategy for the 3629, the very first project of its kind in Montreal, and to produce analyses of it in order to account for its social acceptability in the Hochelaga neighbourhood and the way it responds to issues of social fragmentation. This first part of the research is followed by data collection from tenants upon their arrival in order to better understand the evolution of their uses within their new living environment. (Co)inhabiting 3629 also means seeing the birth of forms of solidarity among tenants and the gradual appearance of peer helpers. This second component will be particularly worked on by researcher Jacinthe Rivard and her team.

The third component of the project corresponds to the dimensions of living together on the outskirts of Sainte-Catherine Street East and in the public spaces of the neighbourhood more broadly. This third component will put in tension the truly public character of the neighbourhood’s urban spaces and the relationships of coexistence between the people who frequent them, while avoiding reducing them to indifference and coexistence. Rather, it will be a question of tracing the users of public spaces in the neighbourhood and in the vicinity of 3629 from a dynamic reading of what these people do there concretely, in their mutual relationships. In the end, the experience of 3629 will allow us to think in terms of “preparing” and “equipping living together “2 . 2 Scientific publications and conferences are planned, as well as the publication of a book at the end of the project with the aim of presenting the 3629 project in other environments throughout Quebec and Canada.

From transgression to a hospitality policy – Connecting with TryMontréal

The 3629 project aims to ensure both adaptability and flexibility in order to offer opportunities to improve the quality of life through proximity actions, respecting the rhythm of the people who will reside there. It seems prudent not to lose sight of the fact that its innovative character is also due to its ability to “move the lines” in terms of a policy of hospitality in alternative living environments towards the most fragile people who do not meet the requirements of emergency accommodation (e.g., not having pets, being sober, etc.) or the criteria for access to social housing (e.g., having no debt with the Office municipale d’habitation de Montréal (OMHM) or with social assistance).

In addition to being cross-cutting to the other case studies of the TRYSPACES partnership, the research will link the innovation resulting from project 3629 to the living conditions of the people who will use it and make it their home. This link, also marked by the relationship with the outside world – the neighbourhood – will be discussed in terms of its appearance in the public space and its hospitality towards the tenants of 3629. Finally, this research aims to produce new questions for a hospitality policy, based on the experience of the 3629 and the recommendations that may be addressed to public decision-makers on the basis of the opinions formulated jointly by L’Anonyme and the academic partners. 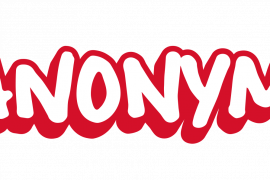 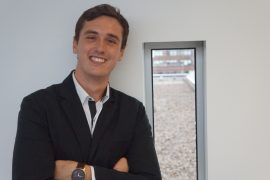 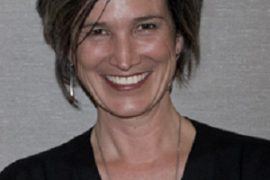 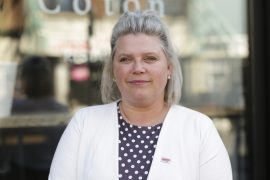