Indigenous Youth in Montreal/Tiohtiá:ke: Social Spaces and Indigenization of the City 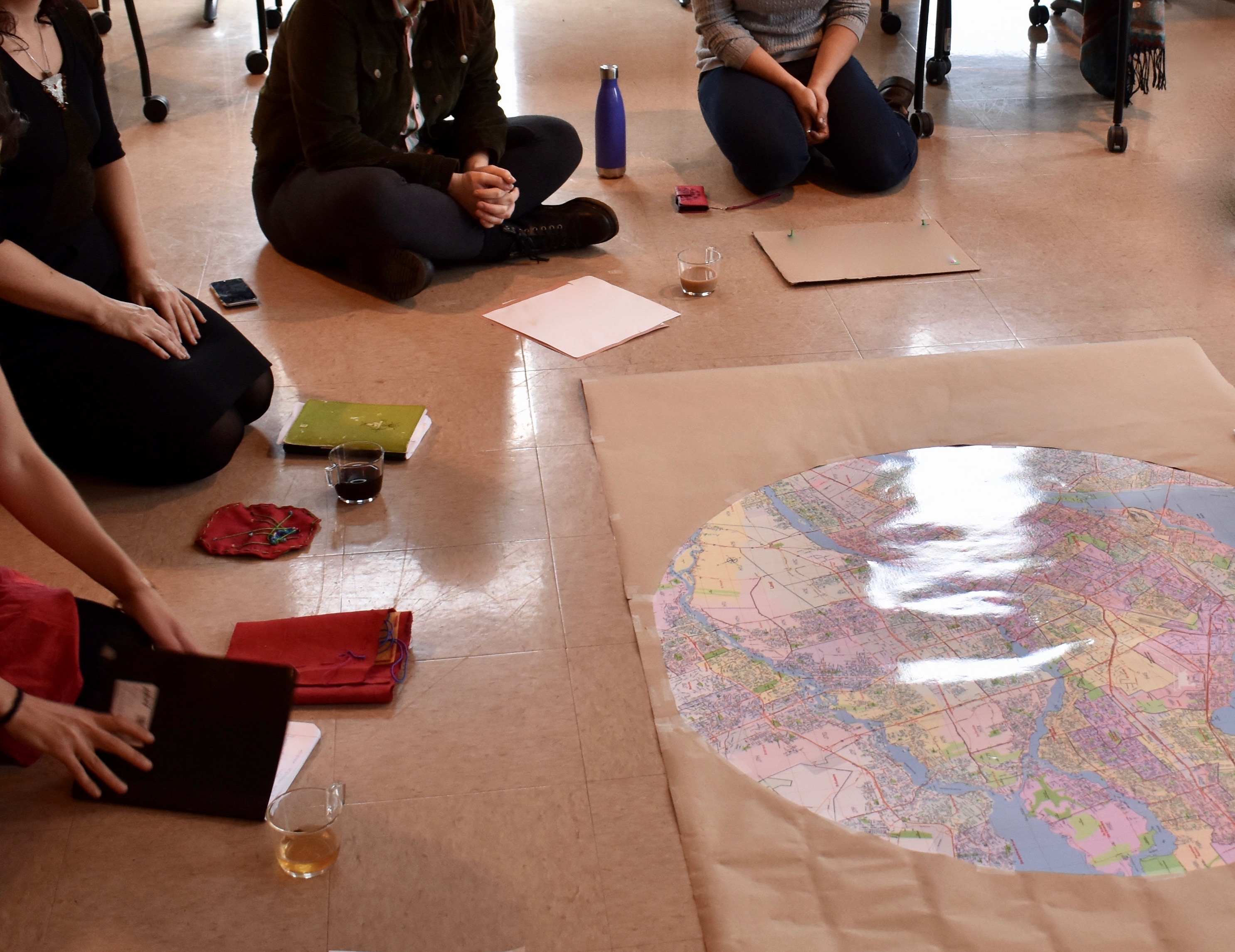 This case study aims to bring out the narrative maps of the different spaces (social, political, cultural, digital, physical, etc.) of the youth of the Indigenous community of Montreal/Tiohtiá:ke. These spaces are understood as being primarily relational. The objective is to understand how young people appropriate Montreal’s space and how they perceive, experience, practice and transform it by creating both physical and symbolic territories.

Several Indigenous organizations are claiming an indigenization of Montreal; the municipal administration has itself engaged in a Reconciliation strategy. For Joyce Green, one of the first to use the term, indigenization implies that the place of Indigenous people is reflected in processes, institutions and spaces through the representation of “ Indigenous aspirations, symbols and practices” (Green 2004: 16). The colonial division of space prevents Indigenous people from having a place in the Canadian national project, as well as on the vast majority of its territory, by imposing a separation between “white” and “Indian” spaces maintained by identity categories separated by both physical and symbolic boundaries (Wilson and Peters 2005, Razack 2002). Indigenous spaces have been colonized and structured by spatialized representations positioning them far from urban spaces (Tomiak 2017, Peters and Andersen 2013, Comat 2012, Kermoal and Lévesque 2010), to the point where this marginalization is repeated within cities (Porter and Yiftachel 2017).

This context questions the place that Indigenous people occupy in Montreal today, despite the perceptible openings of the public space, both in the media and in politics. This case study adopts a decolonial posture to take a critical look at current sociospatial and political recompositions. It questions the relationship between Indigenous youth and Montreal, a relationship that will be captured through an understanding of their social spaces and the territories they create and inhabit. It aims to bring out the narrative maps of the different spaces (social, political, cultural, digital, physical, etc.) of the youth of the Indigenous community of Montreal/Tiohtiá:ke. We seek to understand how young people appropriate Montreal’s space and how they perceive, live, practice and transform it by creating both physical and symbolic territories. This research will identify the places, practices, relationships, discourses and representations related to the urban experiences of Indigenous youth. We will ask ourselves where is the Indigenous youth in Montreal, if they have a place and, if so, which one. To have a place means to have a proper space and to participate in social and political relations that recognize this proper space (Lussault 2009). This research will thus inform us about the processes of inclusion/exclusion and territorialisation. We will see how Indigenous youth are involved on a daily basis in the city’s story and transformation.

This study uses so-called “indigenous” ethical and methodological approaches, as well as knowledge mobilization that places participants at the heart of the creation of new knowledge about them. Using narrative interviews, guided tours, mental maps and sharing circles, we will develop a relational narrative mapping of the social spaces of these young Montreal Native people. The narrative maps created by young people based on their individual and collective stories and experiences will contribute to the decolonization of indigenous research and spaces. They will support young people in their claims for places and territories, while providing a space for collective co-creation of knowledge. Participants will be involved in all stages of the research. We also work in collaboration with Indigenous organizations in the city to ensure that the results serve the Indigenous community and are shared and disseminated in that community.

What was done this year:

The general objective of this project is to analyze the relationships that Indigenous youth has with Montreal. This relationship to space will be measured through the study of their social spaces, lived and perceived, and the practices, relationships, discourses and representations that animate the places and spaces they frequent. We seek to understand how young people appropriate Montreal’s space and how they perceive, live, practice and transform it by creating both physical and symbolic territories. We are working on:

1) Identifying and documenting the places and trajectories that constitute the social spaces of Montreal’s Indigenous youth;

2) Analyzing the practices, relationships, discourses and representations that animate these places and spaces;

3) Identifying their particularities and establishing their links with the processes of indigenization of Montreal’s space.

The role of young people in current socio-political recompositions is not only based on their demographic importance, but also on historical and current factors that (re) provide them with tools for participation (CJM 2016, Gagné and Jérôme 2009, Alfred et al. 2007). As early as 2005, the Conseil jeunesse des Premières Nations du Québec et du Labrador emphasized the importance of the participation of Indigenous youth in the public space (CJPRQL 2005). Some Indigenous youth also demonstrate a high degree of mobility, which ensures their autonomy and mode of achievement, in addition to giving them the opportunity to take their place in Quebec cities (Côté et al. 2015).

Our progress so far has focused on a process of reflection focused on the conceptual and methodological issues related to the completion of our case study. Our main questions concern the kind of places that should be explored with young people? Should they be called indigenous? What framework should be provided for young people to see their social spaces emerge? We are aware that there is a diversity of identities among Indigenous youth in cities, which unfold in different ways and in different places. Thus, some places can be identified as gathering places, without necessarily being places of (re) production of indigenous identities and cultures. Some youth may not perceive the city as an Indigenous place. It is also possible that some young people are in a process—political and identity—of (re) appropriating urban space as an indigenous place. In both cases, Indigenous youth live in the city, have knowledge and experience of the city that may support or conflict with their definitions of what is Indigenous and what is not. By focusing on the stories and narratives that young people tell about places that are meaningful to them in Montreal, and the experiences and knowledge related to these places, we will be able to draw a different portrait of the city’s Indigenization process.

Our methodological challenges are based on strengthening our links with Indigenous organizations to ensure that the project is relevant to the community; as well as on the difficulty of ensuring the participation of young people, and even their full ownership of the project. How can they be empowered to take ownership of research as much as they wish, while maintaining its objectives?

This project is part of the indigenous mapping movement (Chapin, Lamb et al. 2005, Hirt 2009, Engler, Scassa et al. 2013) as a means of reclaiming the land, reappropriating it and inserting indigenous presence into geographical markers. Several studies have shown that mapping is an effective narrative tool (Caquard and Cartwright 2014), particularly in relation to Indigenous oral traditions (Caquard, Pyne et al. 2009). Indigenous narratives, and in particular those rooted in the territory, are of great importance in the processes of decolonization and the resurgence of indigenous practices, knowledge and memories (Grande, San Pedro et al. 2015). By anchoring the stories in a presence on the territory through narrative mapping, it becomes possible to rethink a place such as Montréal/Tiohtiá: ke beyond the dominant perspective resulting from the colonial fact. 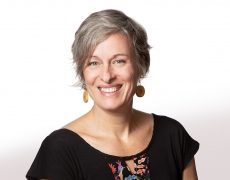 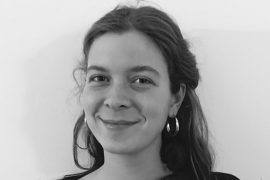