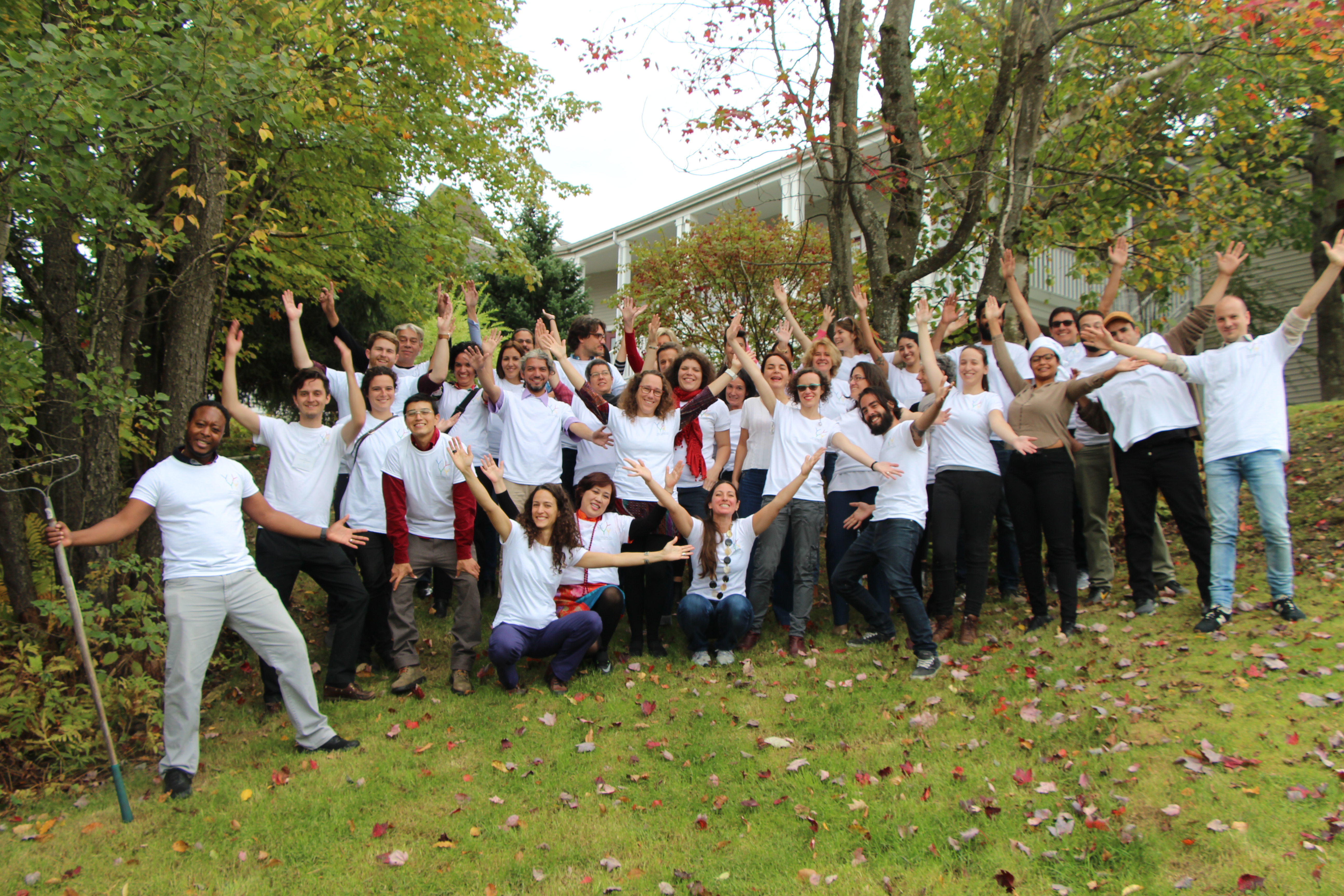 The kick-off meeting of the TRYSPACES: Transformative youth spaces partnership took place on October 5, 6 and 7, 2017 in Montreal and Orford, Quebec. We have come together to set this great adventure in motion in a collaborative environment. Our goal was first and foremost to create a sense of belonging to the project while at the same time organizing the work to be done for the next six years.

The launch of the partnership was officially announced on October 5, at the Institut national de la recherche scientifique (INRS), Centre Urbanisation Culture Société, in a convivial “5 to 7” formula animated by Jean-Addlaire Gaetan (GTS audiovisual cooperative) and Alexia Bhéreur-Lagounaris. This event provided an opportunity to meet and introduce the team to the media and the public. More than 90 people came, curious to know the team and the work of TRYSPACES. We unveiled a video explaining the origins of the project (produced by Jean-Addlaire Gaetan, GTS audiovisual cooperative) and presented videos from the four cities in  TRYSPACES.

The partnership kick-off meeting was subsequently held over two consecutive days, on October 6 and 7, at the Manoir des Sables in Orford in the Eastern Townships. More than forty TRYSPACES members gathered, from academia, techno-artistic and social circles. The first day was an opportunity to get to know each other, envision the project over six years and talk about case studies in each city. The second day consisted of discussions on the concepts that will guide our work, our methodologies and the organization of the governance of the project