News from Documentary on Youth Transgressions in Vietnamese Creative City 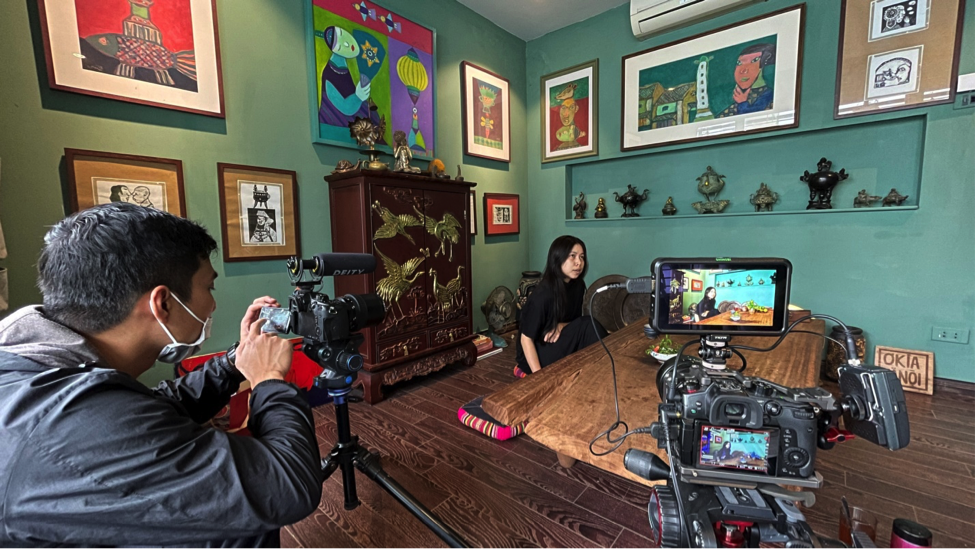 The film crew has just finished filming and is in the post-production stage. It is expected that in early June, there will be a first draft to collect comments from experts. After that, it will be edited, perfected and finished in July 2022.

Goals of the documentary

1. Life of Creative City in Hanoi

The development of CS from the pioneers of the 1990s (like Nha San) to the ‘boom’ of CSs in the 2010s. Variety of types of CS, of focus in terms of discipline and types of cultural activities, of size and structure (mostly small scale, but two exceptions in the 1st generation: Zone 9 and Ha Noi Creative City).

The common motivations behind the establishment of this generation of CSs: 1) the perception that culture and creativity is underdeveloped in Hanoi (and Vietnam)—especially with regard to the more contemporary and experimental art forms. And as a result, the under-appreciation of these art forms by the general Vietnamese public. 2) The devaluating of activities not motivated by economic gains in all spheres of the urban life and the over-emphasis on competition in the city.

The first generation of CSs in Hanoi represent a grassroots attempt to address these problem. Various individuals and groups of people came together and, through their own means and efforts, have created “spaces where people can interact with art and with each other.” CSs reach out to the public and social groups in the city in various ways. Many have established semi-public socialization spaces, such as cafés and galleries where people can engage with arts and with each other. Others offer more active forms of cultural engagement through exhibitions or public events such as talks, screenings, artistic performances. A small number are dedicated to training the next generation of artists, offering trainings in a specific discipline such as contemporary dance or music, experimental film making, etc.

CSs seek to connect with and remove social barriers between a variety of social groups who do not often interact with each other in Hanoi: youth, intellectuals, artists.

2. A new and different type of public space for Hanoi youths

The first generation of CSs in Hanoi attracts many youth. Youth use this new type of public space in the city because they are looking for a place to exchange with intellectual and the artistic community and to be exposed to new ideas and forms of cultural expression.

But CSs bring more than this to Hanoi’s youth…

A Place to Breathe Freely – “All the spaces that we studied explicitly promote a more exploratory, undetermined, and freer way of being in the world which youth users in particular perceive as extremely positive. In interviews, these younger users described hubs as “having an open atmosphere” or “spirit of freedom”, and as “open-minded spaces” where one can relax, discuss, speak and “breathe freely” (Labbé et al., forthcoming).

A Space to Experiment and Learn who you Are– Especially in the case of hubs offering artistic trainings, youth report appreciating approaches where they are “made to feel comfortable to experiment with expressing themselves and play with their emotions” and where “the pedagogy encourages self-reflection and critical thinking” (ibid).

Socially Inclusive Spaces that Welcome Difference – “Several hubs support a youth subculture which not only tolerates but openly values diversity in terms of lifeworld views, sexual orientations, and personal appearances. This contrasts with many other spaces for youth in Hanoi where social conformity and low tolerance for differences are the norm. Participants noted that people visiting many of the hubs live and operate outside Hanoi’s mainstream culture and used phrases such as “everyone feels welcome”, “a safe space”, “LGBTQ-friendly” and “embracing diversity” to talk about these spaces” (ibid).

Collaborative, not Competitive Social Milieus – Youth users describe CSs, as ““kind”, “supportive” and “low-conflict” [spaces], and as [places] “fostering a strong sense of community”. They remark that hubs are non-elitist space. Those hubs offering training to youth encourage collaboration and cooperation as opposed to competition as is common in the Vietnamese conventional education system. (ibid)

The first generation of CSs is already facing multiple obstacles. Among them:

There is no appropriate policy for the type of business and activities in the field of art and creativity. While most CS establishments operate as non-profit social enterprises, they must register as for-profit micro-enterprise or as household businesses.

The management of CSs public activities by the Ministry of Culture, Sports and Tourism is too binding. The state censors contents and respond to the “barrier-crossing” activities of CSs. (Controls in bringing knowledge and understanding to the public, especially about xhds. Unlicensed, power cut, water cut …)

From Zone 9 to Hanoi Creative City This case study explores the ephemeral use of space by Hanoian youths and the re-appropriation of their creative and artistic practices by institutions.… 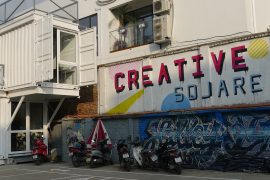 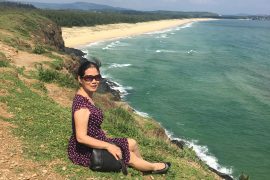