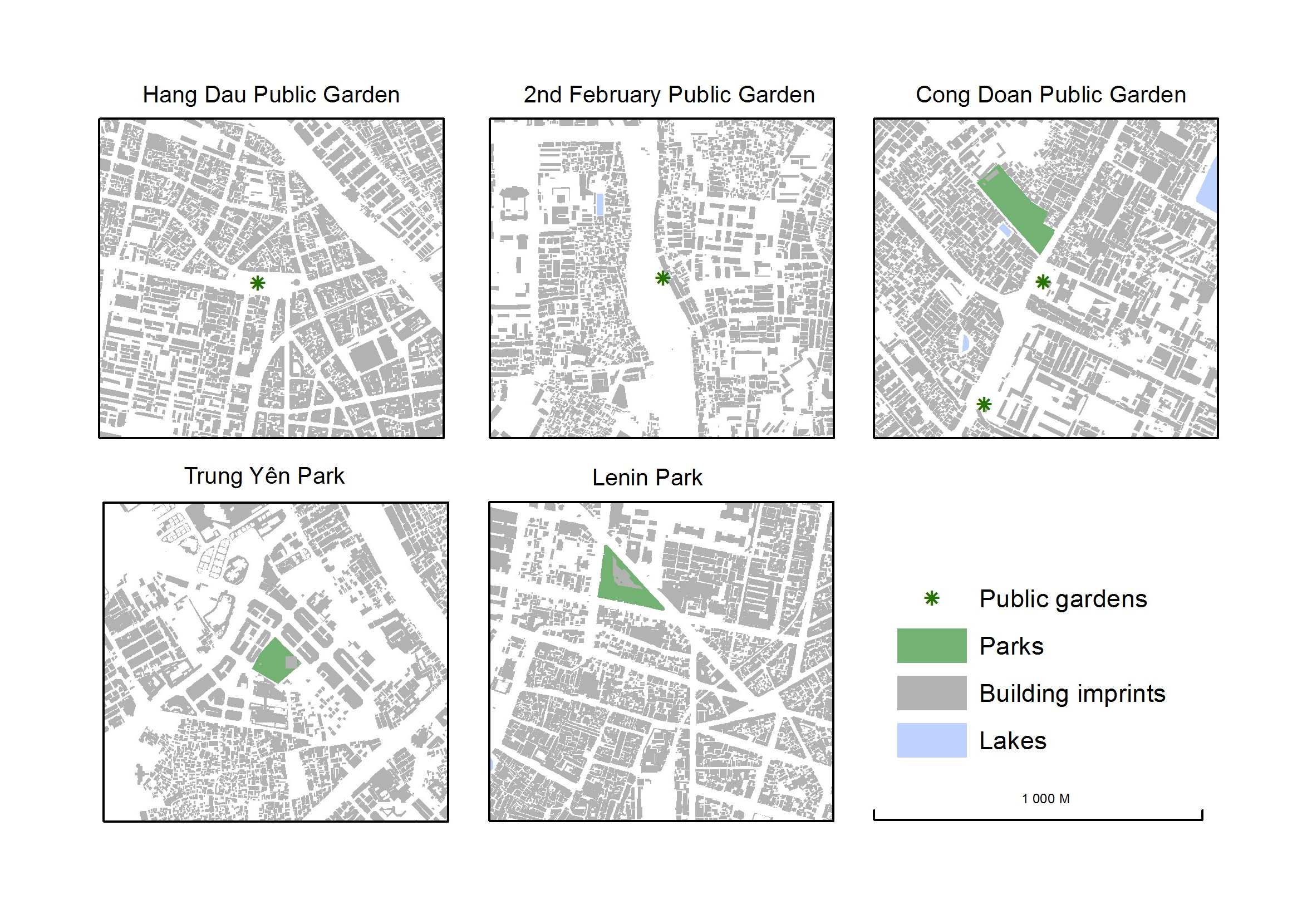 We are proud to announce the publication of a new article on the spatial logic and the distribution of open and green public spaces in Hanoi, co-written by two members of the TRYHANOI team.

The article was published online in Urban Policy and Research and is available here.

While most new public spaces are built on the city’s edges, residents living in the dense urban core have only access to small public gardens and parks. Lakeshores represent an opportunity to enhance access to open and green spaces.

Using a model proposed by Talen (2010), we examine the spatial evolution of these spaces between 2000 and 2010, their level of proximity to residential units, and the extent to which their distribution matches social needs (defined in terms of population density). We find that while the absolute number and surface area of parks and public gardens has increased significantly in Hanoi, these new public spaces are mainly built on the city’s newly urbanised periphery. As a result, in 2010, only 15% of Hanoi’s residential blocks had access to a park or public garden within a reasonable walking (1000m) or biking distance (2500m). Moreover, the city’s densest residential areas have only access to relatively small gardens and parks, resulting in overcrowding. Lakeshores, however, represent an opportunity to enhance access to open and green spaces in Hanoi due to their spatial distribution. We conclude by advocating for the integration of spatial measures of proximity and needs into Hanoi’s public space planning policy framework. 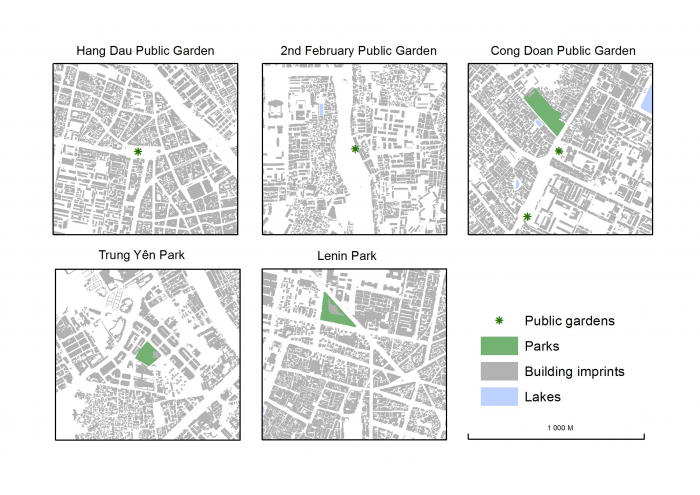 Urban form around the most potentially crowded gardens and parks